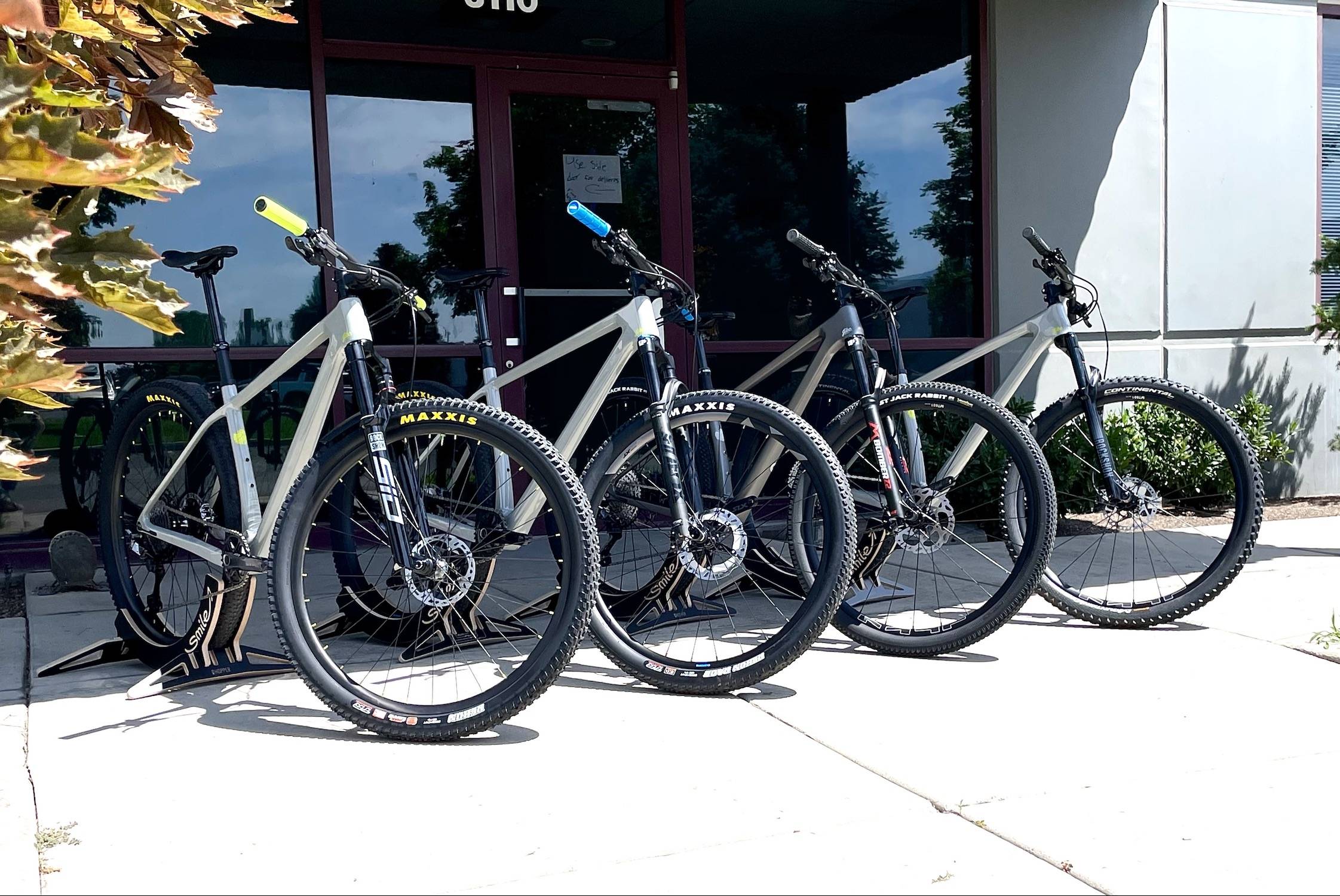 Jibe Cycleworks focuses its output on one often-forgotten demographic in the growing sport: teenagers riding competitively.

Unfortunately, the majority of riders Halverson watched were not on bikes that made sense for the terrain.

“You’d show up to practice, and kids would be gung-ho, but man, they weren’t on bikes that were very good for what they were trying to compete [in],” Halverson said. “A lot of kids would be showing up on, you know, actually pretty nice bikes, but they were like 30 lbs., all-mountain, 140/160 travel bikes. You know, it’s not that good for cross-country [riding].

Halverson perceived a clear discrepancy for any kid who wanted to level up in their riding. After over 20 years of experience in componentry and frame design at companies like GT and Cannondale, he knew equipment mattered.

So after a few years in development, he officially launched Jibe earlier this year. The company rolled out four full builds aimed at helping teen athletes get competitive without getting too spendy.

“Even starting out, for a competitive bike, it would be like three-four (thousand dollars),” Halverson noted. “So that’s what motivated me. What can we do to get these kids on bikes that are competitive but not crazy expensive?”

To do it, he needed to deliver a swift hardtail with reasonable compliance and solid components. He landed on a trimmed-down business model. First, he sourced carbon frames straight from manufacturers (in Asia) and did the same thing with component builders like Shimano and Fox. Then, he bypassed retail costs by selling directly to consumers.

Halverson emphasized that he felt using well-known brand names would be a key to success. Because some kids and parents didn’t understand the ever-more-complicated market, he reasoned, Jibe needed brand recognition.

“A lot of these kids aren’t really from cycling backgrounds,” he said. “Compared to other sports, like in football or basketball or tennis, the equipment is pretty standard stuff that everyone can show up and compete on. So I think a lot of kids and their parents were unaware that there’s such a difference in a mountain bike that they would just consider ‘hey, this is good, it’s a mountain bike team’ versus a bike that was actually designed for the race courses.”

Along with Shimano and Fox, Jibe bikes also use Maxxis and RockShox. The entry bike, the Jibe XCHT Competition, starts at $1,999. It has a 1×12 Shimano Deore groupset and a RockShox Judy 120mm fork and weighs under 27 pounds.

The frames use an open mold design, so Jibe can adjust some elements of them, like the carbon layup or the cable routing. The flattened seat stays hunt better compliance and ride quality, and a wide bottom bracket and head tube help make it stiffer for hard pumping. A medium frame weighs 2.5 pounds and comes with a 7-year warranty.

Halverson noted that high school mountain biking is growing rapidly in Utah, where Jibe’s headquarters are located. So to meet the corresponding need for more bikes, the Jibe team hits the road. As part of a sponsorship agreement with the Utah High School Cycling League, they travel to races in all six NICA districts around the state. That gives athletes and their parents a chance to check out the gear.

Interestingly, Halverson’s objective for the brand is almost the opposite. What does he want Jibe bikes to do? Nothing that doesn’t let the rider focus on riding.

“The word ‘Jibe’ means ‘be in accord’ or ‘be one,’” he said. “If you don’t notice the bike when you’re riding it, that’s a good setup — because it’s just there, and you’re [the one] performing. So the name ‘Jibe’ is meant to be together with the trail, be together with your bike — just be one.”

Jibe’s four full builds come with understated colors and decals to help them fit in with a wide array of team kits. Each rig comes in four sizes to cover anyone from 4’10” to 6’6”.