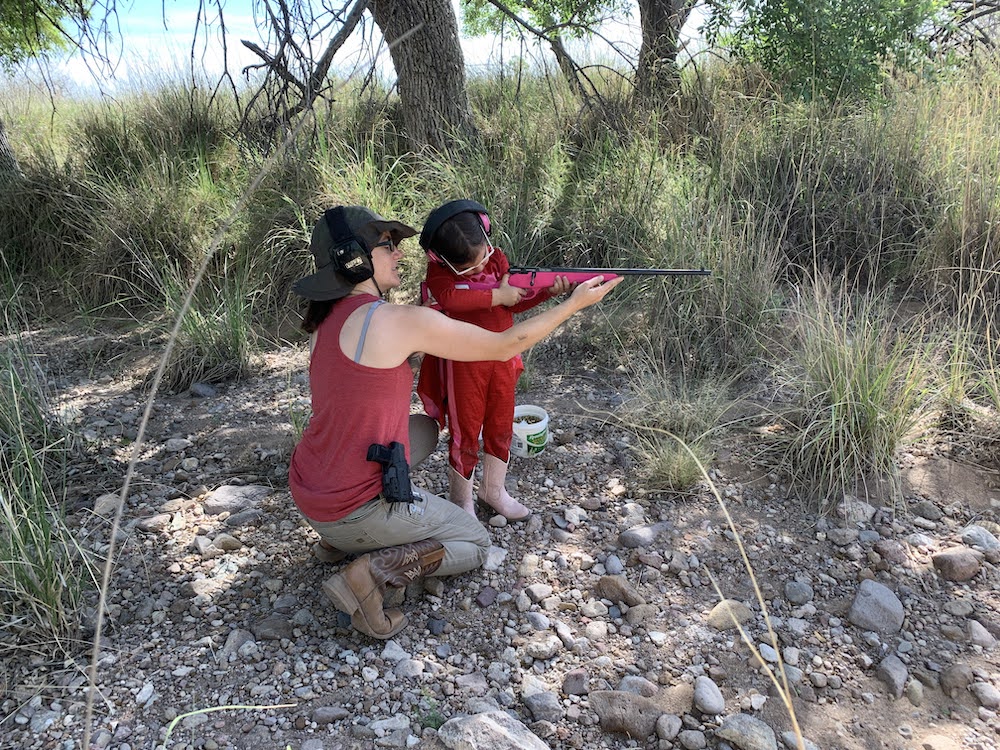 Here on OutdoorHub, we’ll be taking a closer look at the longtime American Firearms brand Savage on each Saturday.  This week, Morgan tells us a bit more about why the Savage Rascal is the best choice for a youth rimfire rifle for her family.

When my first daughter was born, we knew we wanted her to be as involved in everything that we do, which included shooting sports. But more specifically, to learn early and be reminded often about firearm safety and proper firearm handling. This was the best way to learn that guns are not toys or they’re some curious secret. They respect firearms to this day because of this approach. 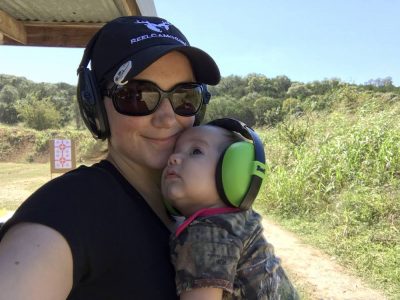 Firearms have never been a secret in our household. My daughters both see me put my concealed carry gun on when we leave the house, they have been to the range with us and shot several guns before the age of 3.

What to look for in a kids gun?

When it came to buying them their first gun, we had to keep a few things in mind.

We had a few favorite brands of our own, but we really wanted something that was truly aimed towards kids. When a company cares enough to create a product that includes and engages kids, that’s a huge positive for the firearm community. We want our kids educated and involved so there are less accidents.

We eventually settled on the Savage Rascal. 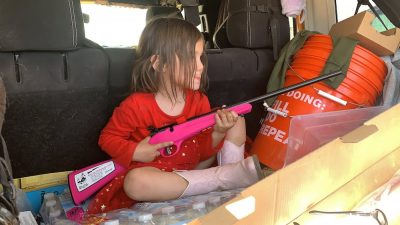 How do kids handle the Savage Rascal?

She was 4, quickly going on 5, when we purchased the pink Savage Rascal. She was so excited to see it, we opened it up in the backseat of our Jeep and let her hold it right there in the parking lot of the gun store. Please excuse our busy backseat, it’s a working Jeep, always something going on.

Already we could tell it was a good fit in many aspects.

We hit our home range as soon as we were able to to make sure it was a good fit. 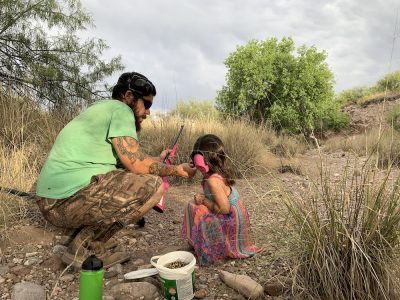 Before shooting, we explained every part of the rifle to her and even demonstrated how it worked by shooting it ourselves. I was able to shoot it a few times and I was even impressed with it. Easy to handle, extremely lightweight, accurate and just fun.

With my daughter being 5 years old with a smaller frame, we noticed that in order for her to see down the sights and reach the trigger, the stock wasn’t positioning exactly right into the pocket of her armpit, so I would help her aim and steady it. 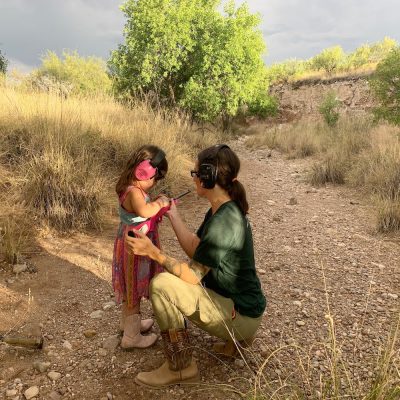 The Savage Rascal is a single shot bolt action rifle.  It is relatively easy to manipulate, load, unload, and fire, though it has a few extra safety features.  per Savage:

The Rascal is the industry’s safest micro-rimfire. Shooters cock the rifle by lifting the bolt and unload without pulling the trigger. The platform builds superior shooting skills thanks to full-size rifle features, including adjustable peep sights and Savage’s user-adjustable AccuTrigger™

Editor’s note:  Though the Savage Rascal is a single shot bolt action, it’s easy to load shot to shot due to an integral loading block/feed ramp.  You do not need to insert the cartridge fully into the chamber, it’s far less “fiddly” to load than a Crickett.

We loaded it in the beginning but she eventually wanted to learn to load it herself, which she excelled at.

Eventually, she would grow into it better, but from the few times she’s shot it, she’s been empowered and raves about her pink gun. 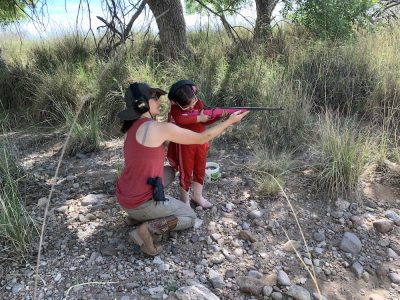 We taught her to shoot before we bought her the Savage Rascal, but having ownership of a gun has improved her interest in shooting sports. She’s extremely proud of it and now she can shoot her own gun when we go to the range, instead of shooting someone else’s.

It comes in a variety of colors and though as an adult, I’ll stick to black guns, kids do seem to take more ownership over something when it’s in their favorite color, at least that’s true for my girls anyway, boys could certainly be different.

A pink gun isn’t the end of firearm safety and empowerment, it’s up to us parents to continually educate and remind them of proper handling, safety and be right there to answer any questions in a calm, patient manner so we can continue to encourage them to be a positive influence for themselves and the firearm community.

Is the Savage Rascal good for beginners?

I believe the Savage Rascal is truly the best first gun for kids. I think kids between 5-15 could successfully operate this rifle. Though it might be a bit too small for a 15 year old, it would still work because even as an adult, I was able to comfortably shoot it.

So far we’ve been impressed with this rifle and plan to hand it down to her little sister when the time comes.

For Another Savage Rascal Review, Check out this one from The Firearm Blog.