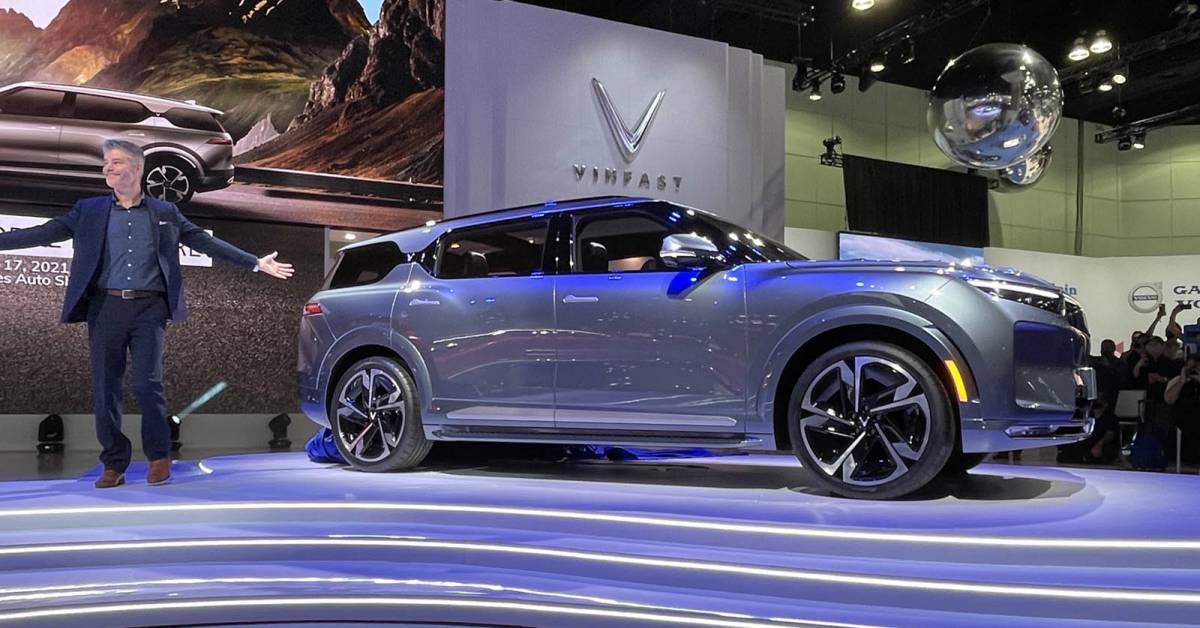 Vietnam’s first automaker is setting its sights on the U.S. market and plans to have two all-electric SUVs on sale by early 2022, which it just revealed at the LA Auto Show.

Founded just 4 years ago, VinFast has become one of the fastest-growing automotive brands in Asia and now wants to expand globally, with the American market high on its list. And it hopes to take advantage of the quickly growing demand for battery-electric vehicles.

The automaker’s first two models were unveiled this week at the Los Angeles Motor Show. Global CEO Michael Lohscheller said that the company will open up its order banks early next year, with deliveries scheduled to begin later in 2022.

A senior VinFast official also told us that three other battery-electric models will be unveiled at the upcoming Consumer Electronics Show (CES) in Las Vegas. This company isn’t planning to just dabble in the American market, but also come in hot with a full lineup of EVs.

“We don’t hold ourselves to old constraints,” said Lohscheller, when asked about the unusually quick rollout of the two new models.

Both products will be entirely battery-powered and offer a rich mix of features at a comparatively affordable price, the CEO said, though he said specific numbers won’t be revealed until next year.

Of the two models, the VFe-35 is smaller and sportier, with crisp feature lines and a flowing roofline that ends with an integrated spoiler. The compact, two-row crossover was styled jointly by VinFast and Italian design house Pininfarina — which has also sculpted products for automakers like Ferrari.

The VFe-36 is a midsize model that adopts a more classically boxy and rugged SUV shape — though it also went through extensive wind tunnel testing to improve its aerodynamics and range capabilities.

The e-35 and e-36 both ride atop a skateboard-like platform, with their battery packs, motors, and other key components mounted below the load floor. This eliminates the traditional driveshaft tunnel and, with their wheels pushed out to their corners, they feature open and unexpectedly spacious interiors.

Though Lohscheller suggested the two models will carry mainstream pricing, they will use more upscale materials and add such high-line features as a Head-Up Display and a 15.5-inch infotainment system.

VinFast is holding back details about drivetrain technology, though both models are expected to be offered with multiple configurations. That should include both rear- and all-wheel-drive.

As for range, the target is 400 miles per charge. But that would be based on the global WLTP test standard. Using the stricter U.S. EPA test, the numbers would fall closer to 300 miles, VinFast officials acknowledged.

At launch, said Lohscheller, VinFast will have about 60 dealers across the state of California. The company eventually hopes to expand to other parts of the U.S. In line with the approach taken by Tesla, the showrooms will be factory-owned. And the company will put a “premium” on delivering luxury levels of service, the CEO said.

At launch, VinFast plans to import both the VFe-35 and VFe-36 from its factory along the port of Haiphong, about 75 miles from the Vietnamese capital of Hanoi. The factory opened 2 years ago and initially produced a gas-powered SUV based on the BMW X5. The two new electric SUVs were largely developed in-house, according to Lohscheller. 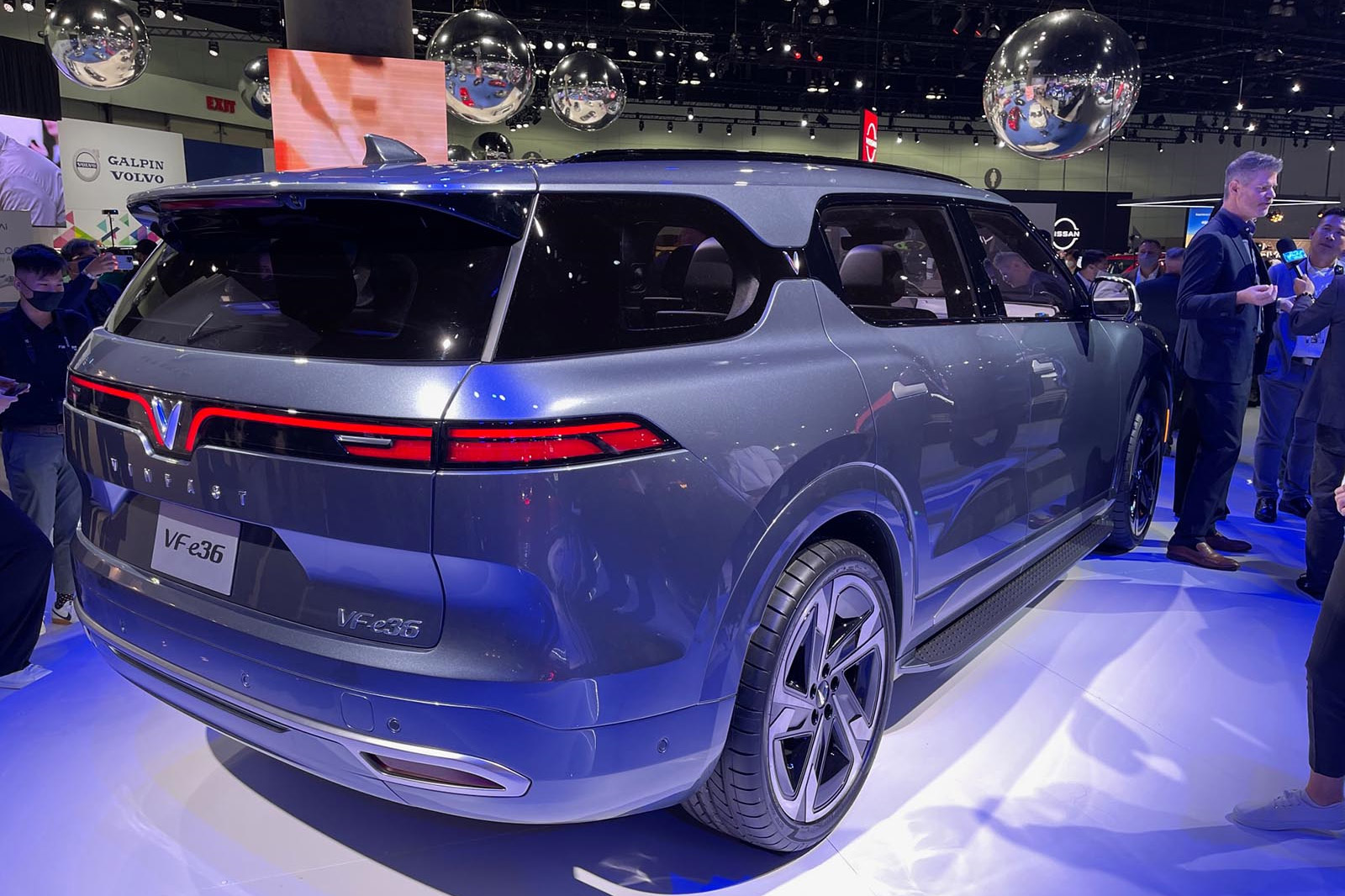 U.S. Factory in the Works

Looking forward, VinFast has big ambitions. While officials declined to comment on the products that will be introduced at the 2022 CES, Lohscheller revealed that the automaker expects to open a U.S. assembly plant. He would not discuss details, such as its location or target production capacity. But he said it would begin production in 2024.

VinFast is part of the fast-growing VinGroup, based in Hanoi. It was founded by Pham Nhat Vuong, a Vietnam native who, 25 years ago, borrowed $40,000 to launch a noodle company in Ukraine. After selling it to Nestlé for $150 million, he headed home, parlaying what was already a handsome sum into the country’s biggest conglomerate.

Today, the VinGroup has a market capitalization of $35 billion. It operates everything from schools to hospitals and housing complexes to luxury resorts.

Jumping into automotive is another matter entirely, but Michael Dunne, a leading Asian automotive analyst and head of ZoZo Go consulting, said he believes that the Vietnamese are up to the challenge. “They are the most tenacious, ambitious people on the planet. When they set out to do something, they do it.”