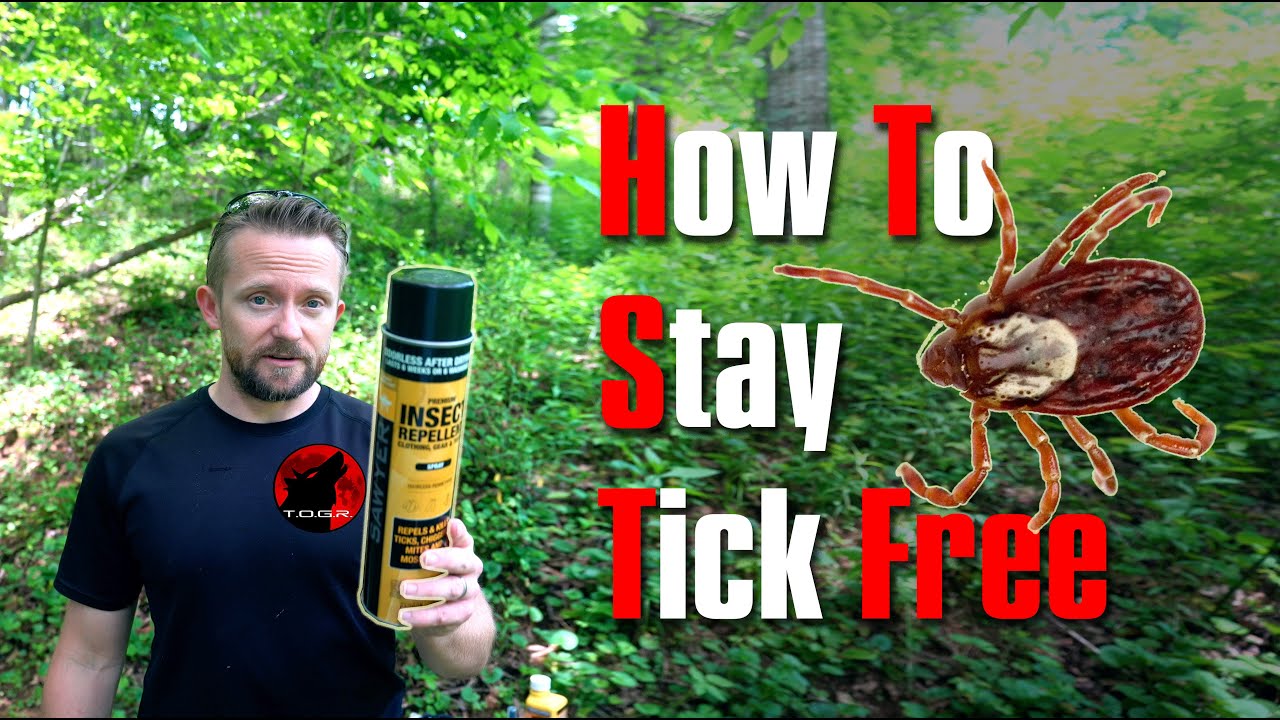 These are the steps that I take to stay TICK FREE when I’m out in the forest or on the trail. An added benefit is that it also works against mosquitos, nats, and other bugs.

This process works on Skin, Clothing and Gear!
…

Two aspects, repellant for the skin and an insecticide for clothing and gear.

Starting with the insecticide, I use Permethrin;

Permethrin is a pesticide that you spray on clothing to kill black flies, ticks, and mosquitoes but has no harmful side effects on humans if used properly. It is the active ingredient used in Insect Shield and Buzz Off clothing and kills bugs when they land on your clothing. You can buy Permethrin Spray in liquid form and spray it on your own clothes; you can also purchase this in large amounts and dilute but for simplicity.

Supposedly permethrin is nontoxic once it dries for humans; is this true, I have no idea. What I can tell you is that it works.

As an interesting fact, Permethrin was developed by the U.S. military to protect soldiers from insects in the jungle and also, the military was the first to feature military tent bodies which were treated with permethrin to repel bugs. This is something that is becoming more and more common now with the civilian market.

If you wear a hat, treat the outside

Allow to sir dry
Do not treat skin

When applied to clothing, it lasts for 4-6 cold water washings.

With such a product, think of it as putting a layer of protection on your clothes;

I don’t put it on so heavy that it soaks through the materials – just enough to damp them. Around the cuffs where ticks can get in, I will treat those areas liberally.

Some people will literally soak their clothing and gear in permethrin but have never felt that this was necessary.

Permethrin Last for weeks and multiple washings. If I’m going out into areas which I believe will be tick heavy, I will go ahead and reapply

As soon as I get in from a trip I will shower and will wash my clothing..

…..
Let’s talk about ticks and how they work for a second ;

Ticks can’t jump as they are crawling insects that latch on to their victims as you pass by whatever they are on. Grass, bushes, weeds, etc.

This could be your pants, latch on to your shirt, or even your shoes. With your shoes, this is why you treat your socks; once in your shoes where do they go?

Up, looking for skin.

If you don’t treat your socks, it is possible to be in the situation where the treatment has worn to the point where they don’t die but they don’t want to be on those materials and if your socks aren’t treat they will move from your shoes to your socks and then up your leg.

For the same reason, it is important to treat your skin and for this I used Off and it works well for me.

Treating Gear :
Here’s a pro tip for you all; you can treat some of your gear with permethrin and this is a really good idea as it prevent ticks from latching on she you out your pack down on the ground or when walking passed them in the forest, field, etc.

I would highly recommend doing a sample area first to ensure that it doesn’t discolor the fabric or cause other issues.

As long as you don’t have issues with discoloring, you can treat your pack and even the body of your tent. I wouldn’t treat the fly of your tent as it may interfere with one of it’s coatings.

Permethrin can be found with numerous application types including sprays, airesols and even lotions. I haven’t tried the lotions myself as my method works well for me.

Can be purchased premix or in large amounts which you will have to dilute. I prefer premixed for ease of use.

Cost : 24oz Spray bottle is around $16 – 18oz aerosol is around $15. I would go with the spray as the Nossle tends to be more reliable that the aerosol variant. Also you get more for less.

Makers : Sawyer brand is the most popular and common and is all that I have personally used. If it works, why change right? Repel has a version, Ben’s has one too and there are other companies.

Note:
This is the method which I personally use to lessen the odds of issues with ticks and it had worked well for me across the country with my travels.

For anyone who is going to give this options a try, I would suggest treating an article of clothing and going out for a quick hike to ensure that you don’t have any sort of personal allergies or reaction to this product. I have never heard of anyone having issues but it’s the smart thing to do.
…