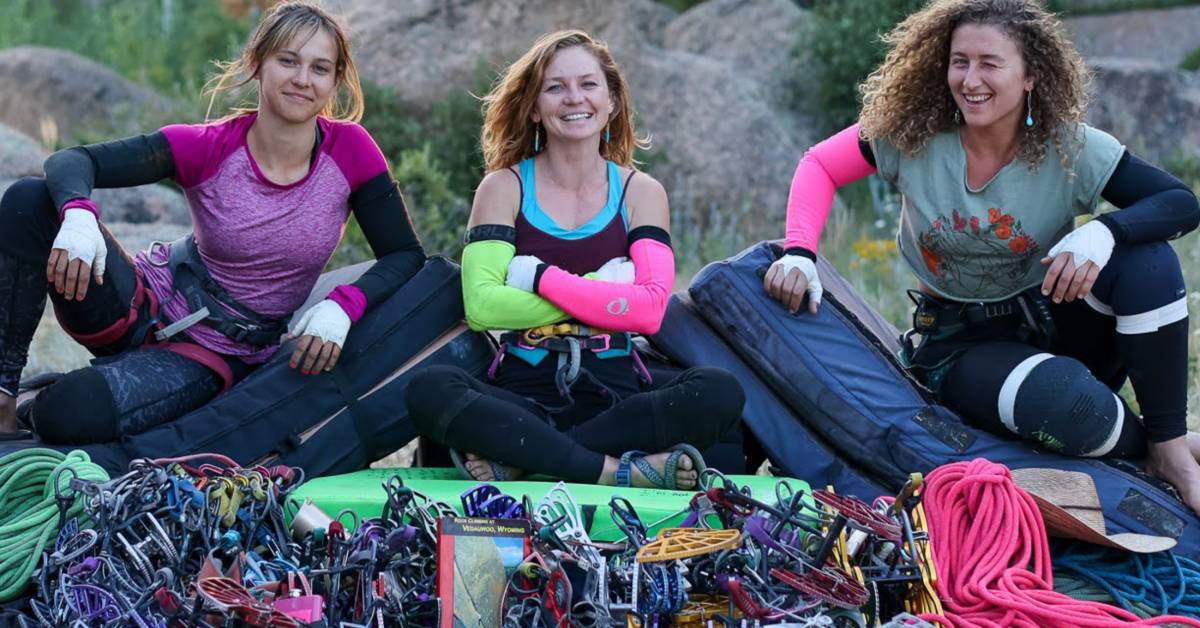 Mary Eden has been climbing for more than 10 years and guiding for at least 6. Better known by her Instagram handle, @tradprincess, the diminutive crusher is renowned for her hard ascents and esteemed climbing clinics, both of which center around off-width cracks in Indian Creek, Utah, and Vendawoo, Wyo.

Filmed using GoPros, a Canon R6, and an iPhone, this 30-minute feature documents Eden, filmmaker and climber Kaya Lindsey, and greenhorn climber Rose Mac as they test their mettle and smack down some granite in the Woo.

“I watched ‘Valley Uprising‘ when I first got into rock climbing, just like everyone else,” said Lindsey upon release of the film.

“The feeling you get watching that movie is that being a climber is a wild, raunchy, hardcore sport. It’s all about stickin’ it to the man and being a free spirit. Which is rad because I 100% agree that it is all those things. But what I didn’t see in that film was the wild, raunchy, hardcore moments that I’ve experienced with female rock climbers.”

For more information on the film, head to DirtbagDreams.com.

One of the country’s premier inclusive climbing organizations is enhancing its mission to support more athletes as the sport continues to grow in popularity nationwide. Read more…