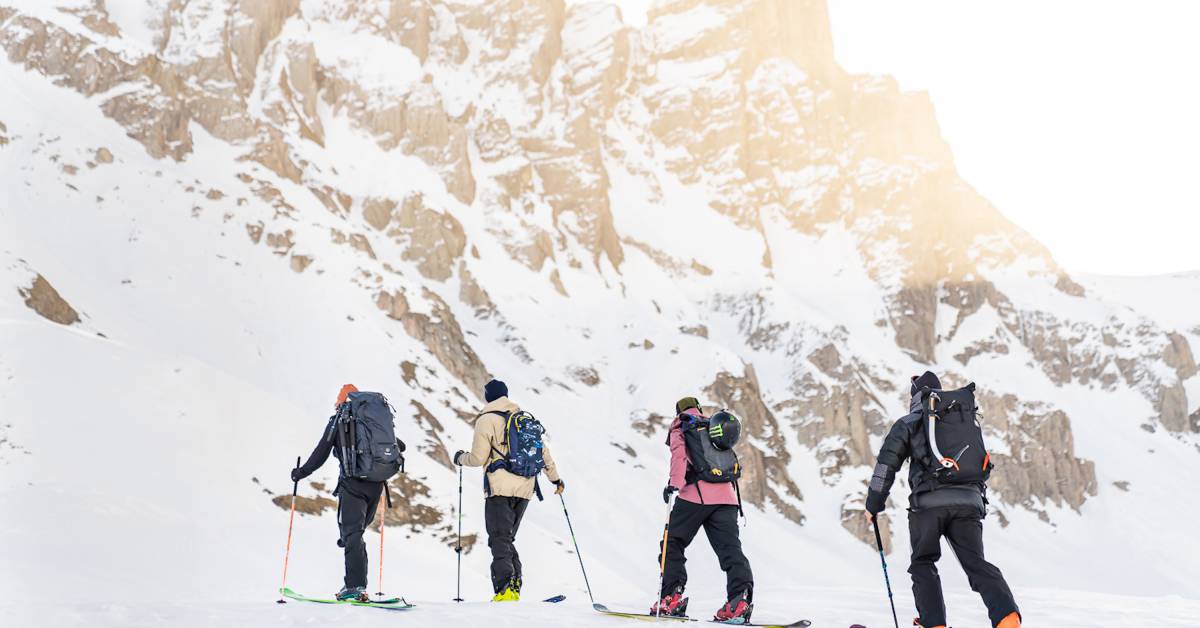 What do Idaho, Colorado, Utah, the Pacific Northwest, Sweden, and the Arctic Circle all have in common? They offer adventure.

Picture Clothing wants to celebrate all the exploration of the past year with a five-feature film festival. The Family Film Fest is a collection of films created by Picture athletes, filmed everywhere from the American West to Europe to the Arctic Circle.

Each of the films exudes an element of comfort — something soothing, calming, heartfelt — whether it’s the slow-mo pow shot or the recognition of a trail near home. Given these films were all created during a global pandemic, one theme of this film fest is “home exploration.”

Here’s a sneak peek at each film trailer and what we’re most excited about.

Synopsis: This film traces Sander Hadley’s journey as a pro skier, the ups and downs of the industry, dealing with his father’s death, and eventually finding happiness in the simplicity of living life closer to the land at home in Idaho.

Synopsis: In April 2021, a team composed of two couples — a pair of professional big mountain skiers and two IFMGA guides — set out on a 415km traverse above the Arctic Circle. Starting from their home in Sweden, they climbed, up, up, and up in one epic, human-powered go.

Synopsis: After a trying winter filled with a pandemic, avalanches, injuries, and ideas that just didn’t work, skier Cody Cirillo wanted to get away from it all. So he took to a bike-to-ski adventure, starting from home in Colorado and heading into Utah.

Synopsis: This film is about those essential rest days amid days of structure, obligation, and commitment. One nurse in Washington finds his balance, and gives you a look at his time between.

Synopsis: Featuring the Picture staff, and produced by Picture, this film is all about searching for adventure in your own backyard. (In this case, Picture’s own backyard is Sweden.)

Lots of action. Lots of pow. And lots of representation. The North Face’s latest winter film is putting the spotlight on BIPOC, female, and adaptive athletes. Read more…

Where to Watch on Tour

Picture will also be showing its festival films in person at select retailer stops through October and November 2021. A world premiere screening will take place in Denver on Wednesday, Oct. 20, 2021.

Note: Signup links for each of these events are still forthcoming. Once live, you can find them on the Picture Family Film Fest website. The films will also be available virtually, so you also have the option to enjoy the film festival from the comfort of your own home.

Mountain Hardwear Puffy Pants: Review, Why You Need Them

Whether you’re camping on a glacier or just walking the dog, puffy pants are the duds you didn’t know you needed. Read more…

Photo Of The Day By natrpixdvm
[SHOT 2023] SchleTek: The Evolution of Suppressor Cleaning
[SHOT 2023] A 1911 that Takes Sig P320 Magazines: The Oracle Arms 2311
[SHOT 2023] A Ton of new Knives and Tools from CKRT
Stillness Assignment Winner Karthik Subramaniam