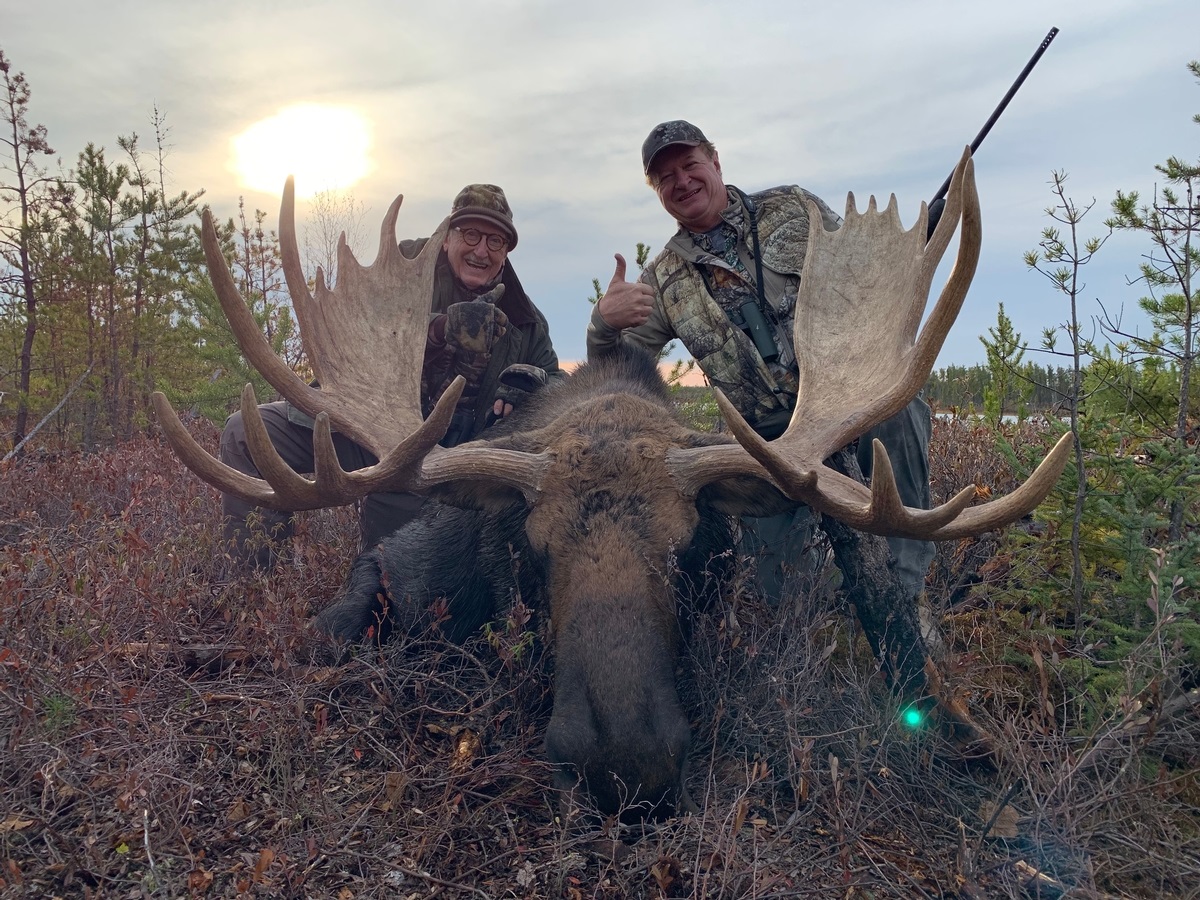 When it comes to big game Moose hunting is one of the most elusive. Not only are the tags pretty expensive but Moose generally only tend to live in very specific parts of the country and in some cases, this means obtaining an out-of-state hunting permit. In situations like that, after you’ve lined up your trip and made travel plans, one of the worst things that can happen is you not being able to make an ethical kill or worse yet, missing your moose all together. Singling out your ammunition selection appropriate for the terrain, and the animal is key and today we’ll go over 5 of the best moose hunting cartridges out there for you to take with you when you acquire one of the few coveted Moose tags. 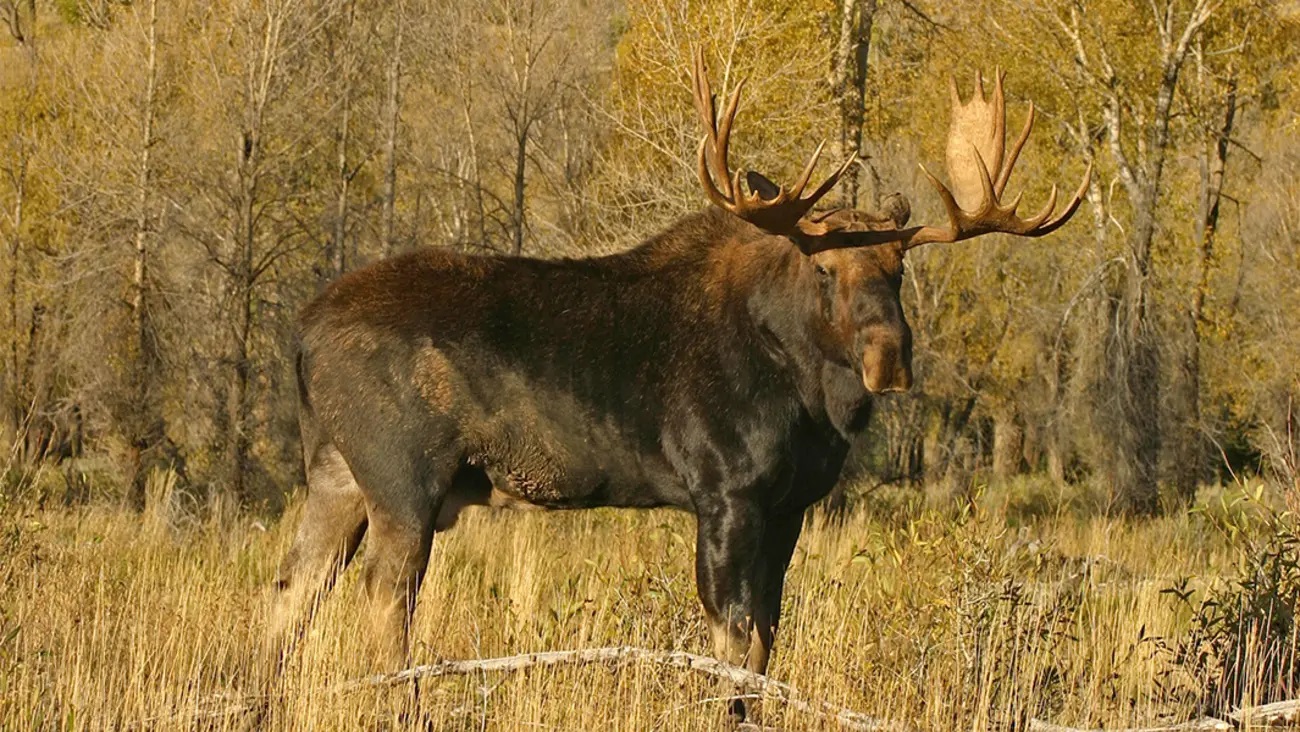 Featuring high-grade 70-30 brass and Kleenbore primers, 7mm magnum is a great selection for moose hunting especially in the 150-175 grain bullet grain class. Although many will swear that you can get away with using lighter loadings, there is a reason that John Nosler developed the partition bullet back in the 1940’s – leave nothing to chance. The Core-Lokt bullet means controlled expansion leading to more knockdown power when the bullet hits its target. With a great amount of range, a controlled expansion bullet, and the reliability that comes with Remington Ammunition you can be sure this will be a cartridge that can take down those thousand-pound bulls with no problem.

300 Win Mag is considered by many to be one of the best moose hunting rounds out there due to its ability to deliver an extremely heavy projectile out to great distances. The Federal Trophy bonded tip ensures that the bullet will expand and also keep most of its speed throughout its flight meaning you have one heck of a round hitting your target – hopefully, that translates to a more humane kill and less running around for you.

Editor’s Note:  I’ve taken a Yukon Moose with .300 Win Mag.  Moose hide can be very tough.  Though the round did its job at 300 yards, and destroyed the heart/lung connection, subsequent rounds at 600 and 700 yards failed to expand.

Classic Hunting Round for Any Game

30-06 is one of the most versatile hunting rounds out there and this 180-grain soft point is sure to do the job no matter what you’re hunting. Specifically related to moose, the 180-grain soft point will leave behind a large wound channel and maintain most of its mass through the process meaning there will be less searching for small bits of lead and of course, a greater probability of dropping that bull on the first shot. Although not quite as far-reaching as some other magnum calibers, 30-06 still offers the best of both worlds in terms of capability and affordability.

Pros/Affordable rifles and ammunition for practice

What’s there to say about this classic round? Hornady broke the hunting world when they came out with their FTX line of bullets that work equally well in bolt actions as they do in lever actions. Speaking of lever actions, if you’re looking for a challenge on your next hunt then you might want to consider using 45-70. Hornady’s LEVERevolution rounds deliver a whopping 3,000 ft/lbs of energy at the muzzle and even though 45-70 doesn’t reach very far, it’ll give you a good excuse to shore up on your stalking techniques to nab those big bulls.

When all else Fails – throw boulders at them

If you’re really looking to specialize in big game hunting then nothing says you’re serious more than grabbing a “medium bore” rifle and matching ammo and chucking nearly 400-grains of lead and copper at your target. These heavy-hitting rounds don’t boast as much range as 300-win mag or other magnum rifle cartridges but out to about 300-yards or so you’ll be able to knock down any bull with confidence using Federal’s Trophy Bonded Bear Claw projectiles that create an absolutely devastating wound channel.

Cons/Expensive ammunition and rifles to match

How much does it cost to hunt moose?

I’ll be honest – moose hunting isn’t cheap no matter how you cut it. If you’re not fortunate enough to live in a region where moose are often found, you’ll need to travel which can cost quite a bit and on top of that moose tags in areas where they are found are $800 a piece. Beyond that, you’ll also need to acquire a hunting license and if you’re not experienced you’ll have to hire a hunting guide and that can cost you well north of $15,000 for a simple guided moose hunt.

I’ve never had moose meat – What does it taste like? Is it good?

Moose meat is what I could describe as very lean beef but it is actually much closer to deer meat in taste and will taste vastly different depending on the age and the activity level of the moose you shoot. Grilled moose ribs and steaks are some of my favorite cuts and they can very good for you as moose meat is quite lean compared to beef. However, if you’re not a big fan of the “gamey” taste of deer meat then I’d avoid eating moose.

Alright, I’m convinced. Where do I go to hunt moose?

There are only a few select places in the United States where you can hunt moose and naturally, they are all northern states. Maine, Washington, and Alaska are the most popular places to hunt moose within the United States but if you’ve got the time and are willing to deal with the hassle of traveling with firearms internationally then Canada has some great Moose hunting opportunities as well.